Business advice to steer you in the right direction

Discover how RVR Management can keep you on course for growth

Things not going to plan in your business?

Business Recovery is just one of RVR’s specialist consultancy services.

Need a temporary manager to lead your sales team?

Business Development that will take you places

The failure or disappointing outcome of so many apparently ‘promising’ mergers inevitably shines a spotlight on the partnership they attempt to create, and the manner in which they set about achieving the objectives of the deal. The Post- Merger Integration (PMI) process in other words.

Two newly-merged organisations need to functions as one if they are to deliver shareholder value and it’s the PMI process that shepherds everyone through this rocky and often uncharted territory.

The successful PMI relies on having a clear vision with a plan behind it – and then carrying it through. Easy for me to say because I’m not an employee right smack in the middle of the turmoil of a merger. But as an interim professional I do have a helicopter view of how it should work.

Obviously, each PMI has its own speed, style, focus and rhythm. For example, a merger that is driven primarily by cost synergies will require a very different approach from one in which revenue commonalities are involved (I will cover issues/strategy employed on a separate blog in the near future)

However for now it seems timely to write a blog about a general PMIs and, accepting that there is no one-size-fits-all solution, the following thoughts and ideas explore the principle behind a successful PMI. (I’m focusing on a two-companies-rolling-into-one scenario within the private sector – manufacturers, distributors, service providers, etc).

Common post-merger integration issues (or 6 Areas of Potential Distress)
All too often integration drags on, draining energy and taking attention away from the core business so poor performance inevitably ensues. In many cases, uncoordinated actions and poorly managed migration of systems cause problems directly with customers. The worst-case scenario is where each company expects the other to take the lead on integration so nothing much happens except debating the look of the logo.

And all the while your competitors are waiting in the wings to take advantage of such confusion.

So, I’m going straight in with my 6 Areas of Potential Distress – issues upon which so many mergers flounder, irrespective of the type of PMI involved.

1. The long-term view: the first and most obvious thing to say is don’t ignore the reason for the deal in the first place. The anticipated value of the merger must be at the heart of the integration plan to enable priorities to be set. For example, ‘Engineering Co A’ might be technologically advanced whereas ‘Engineering Co B’ could have access to a wide and international client-base. Here’s the reason the merger.

2. Communication: take this very seriously. Talk regularly and openly with customers, unions, employees, shareholders, suppliers, the industry (including regulatory bodies), the local community, etc. Manage what people hear and how they hear it or they’ll make it up for themselves – and rumour can be damaging. At its best, good communication feeds into the process and helps to make integration successful.

3. Employees: many companies wait too long to put new organisational structures and leadership in place and key people drift away. In service industries consequential damage can be swiftly felt.

4. Operations: speedy integration – even of a temporary nature – is vital. Disjointed and fractured technology, logistics and customer-facing functions can quickly cause major problems internally and become very obvious externally.

5. Finance: one of the fastest ways to lose money is in the failure to consolidate key areas such as banking, and sales and purchasing accounts.

6. IT: possibly one of the most complicated areas of integration made 10 times worse with the inevitable existence of fragmented and legacy systems in each company. Platforms and channels such as CRM, ordering, invoicing, online communication (websites, social media, email campaigns) and the basic day-to-day functioning of the businesses all need attention.

The steps to successful post-merger integration

I have an issue with the word ‘post’ because if you leave any integration planning until after you’ve merged you’re already in catch-up mode. So, my advice is to make a start during the due diligence stage when you have a better chance of identifying opportunities and threats as they surface.

The simple fact is that no two deals are the same and neither is the means of integration – priorities differ and so does the timetable. But, guided by my 6 Areas of Potential Distress (above), I believe it is possible to make the task far more manageable and lead to the right outcome:

1. Integration starts from when you announce the merger
It’s important to have a clearly defined day 1 and 100day plan in place. During the due diligence stage, set up a small team (operating under confidentiality agreements) to review all the data available to you. This will give you a head start and enable you to make many of the major decisions quickly once the deal closes and the day of merger arrives.

2. Create a cross-functional integration task force
You need a task force to manage the integration – carefully chosen people representing the key areas of both companies who, right from the start, list and prioritise issues, make recommendations and set timelines. Particular attention should be paid to leadership of this team because it will determine the fate of the integration. Remembering that you need to leave the MDs or CEOs of both organisations free to maintain performance during integration, you could select the ‘no. 2’ person in each company to lead the team as a joint partnership. However, it’ll come as no great surprise to learn that I favour a more independent route! Interim professionals make great integration managers because they can jump into complex situations quickly, relate to many levels of authority smoothly and bridge the gaps in culture and perceptions. (They tend also to have the all-important traditional organisational skills, such as project management.)

3. Set the integration agenda
As mentioned earlier, the anticipated value of the merger must be at the heart of the integration plan to point you all in the tight direction and dictate the actions necessary for success. This in turn, gives the task force a set of objectives against which they can be evaluated. Is the strategic logic of the deal to consolidate and generate cost synergies by reducing capacity overlaps? Or is it to grow rapidly – by acquiring new technologies and capabilities or by entering new markets? Or both? Different strategic goals require different types of PMI. And a clearly laid out agenda/action plan will ensure you are kept on the right track.

4. Resolve the power and the people issues quickly
The new organisation should be designed around the vision for the new company and this means new people in the top positions. People from both companies should be selected – those who are enthusiastic about this vision and can contribute the most to it. Set yourself an ambitious deadline for filling these roles because tough people decisions only get harder the longer you leave it. Until you announce the appointments, both your best customers and employees are vulnerable to your competitors. The sooner you select new leaders, the quicker you can fill in the levels below them, and the faster you can fight the exodus.

5. Manage the integration without the bureaucracy
Companies can create endless templates and processes to manage an integration. This ends up distracting you all from the critical issues, sucking the energy out of the integration and demoralising all concerned. This is where a professional project manager can focus the task force on the critical decisions needed to help you all meet your objectives – their independence, objectivity, and willingness to wade in and manage instances of high tension and conflict will be invaluable here.

6. Commit to one culture
Agree the culture you want to see emerge from the integration process then set about making sure that everyone commits to it. Create an organisational structure and decision-making principles consistent with the desired culture. Senior and middle management should take every opportunity to be good role-models in what they say and do.

7. Win hearts and minds
Mergers make everyone on both sides nervous. People wonder whether and how they will fit into the new organisation. So, you have to ‘sell’ the deal internally – not just to shareholders and customers – and it’s vital that your messages are consistent and regular. Concentrate on what the deal will mean in the future for different people rather than talking about the value to ‘the organisation’. Simply translate your objectives into tangible non-financial information that everyone in the organisation can understand and embrace. Again, this is where the integration manager comes in – facilitating the social connections amongst people in both companies – bridging the gap between 2 sets of employees, who have been thrown together, often against their wills.

In summary, taking an early, strategic view and planning the future of the combined companies based on the nature of the deal is the key to success. This has to be systematically thought through and planned well in advance – before the forward momentum of the integration takes hold and accelerates out of control. Only by making the right strategic choices in powering up for a PMI, will merged companies travel in the right direction and create value as rapidly as possible. 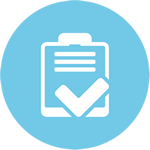 Which areas of your business are performing well, and which areas are holding you back?

Download our performance indicator questionnaire and discover for yourself.